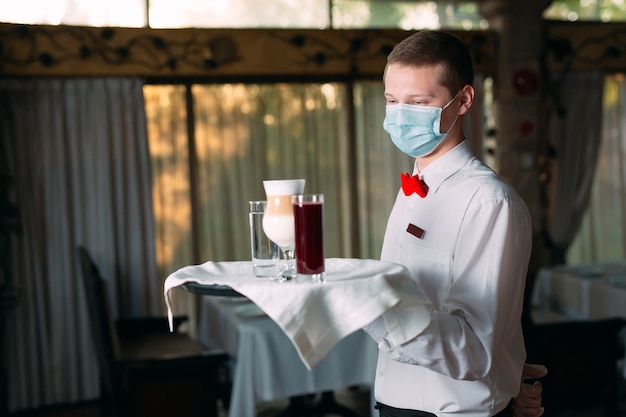 In recent days, another lockdown was announced in many countries and territories. The first ones to close are restaurants, pubs, and cafeterias. They have closed this year before, which damaged businesses of many, and many had to close for good, leaving hundreds of millions of people all over the world unemployed – and that’s only in this segment of the economy. Boris Johnson in England announced about closure again recently, which surged the wave of unhappy owners of HoReCa businesses. In the US, many closed not only because of the virus but also because of not wanting to become another victim of looters, which are raging today during protests against the results of presidential elections. The biggest fear of many governments in the world is that, if they don’t close, hospitals would soon be overwhelmed with Covid-having people.

But what will be with cities without restaurants? It is obvious many of them will not reopen. In the US alone, about 40,000 of such places were closed in 2020, with about 90% of them not being able to pay their monthly rent anymore since August. Some analysts expect the number of completely closed dining places after this shutdown will be around 85-90%. Urban areas suffer the most (where about a third part of people dines out).

Restaurants and cafes played a major role in the US’s transformation in the 20th century – they’ve been changing warehouse and industrial districts into living neighborhoods, improving infrastructure, and raising the incomes of locals. But now, as in February-August, 2.2 million HoReCa workers were fired, not only people will not have places to socialize but the hoods will become increasingly emptied, leading to the dilapidation of buildings, infrastructure, and incomes of local residents.

Ryanair, O'Leary: if forced to leave empty seats, we no...

Boeing is to fire 7,000 more employees due to Corona-crisis

Creativity booms up as the hotel industry goes down